Route of the Castles and Fortresses of Navarre

Once upon a time there was an ancient Reyno (kingdom) called Navarre where farmers and stockbreeders lived in small hamlets. However, its border location meant that successive mediaeval monarchs dedicated themselves to building fortress-villages, walls, watchtowers and castles. From north to south and from east to west Navarre deployed its defences through moats, machicolations, loopholes, sentry boxes and drawbridges.

Despite having over one hundred defensive bastions, Navarre gradually lost its palette of castles and fortresses in a series of wars. First, against the Muslims, then a civil war between the Beamonteses and Agramonteses, and finally, the conquest and incorporation of Navarre into the Crown of Castile in the 16th century.

The Route of Castles and Fortresses of Navarre suggests 4 itineraries, passing through 19 strategic places. From north to south, the visitor will discover different types, eras and styles in a new tourism/cultural route to help you discover our history.

In the Pyrenees: Itinerary I


.- Castle of Amaiur/Maya: the last point of resistance to Castile. According to the legend, 200 besieged Navarrese resisted for 10 days against 30,000 soldiers. Excavations have been made that have revealed the design of the mediaeval fortress and a 17th-century Renaissance fort on the site.

.- Casa Torre Jauregia de Donamaria: a 15th-century Gothic house-palace with a rectangular structure. It conserves the essence of the old noble house towers of the damp valleys of the north.

.- Palacio Jauregia at Irurita: one of the numerous armoury noble houses built between the 14th and 15th centuries. It conserves a rich heritage that gives a good idea of the way of life of the people of the Baztan valley through the centuries.


In the Pamplona Basin: Itinerary II


.- Castle of Tiebas: remains of this castle are preserved, originally built by King Theobald II of Champagne in the 13th century. It was a royal residence, chancellor’s archive and a prison at different stages of its history.

.- City walls with bastions and the Citadel of Pamplona: the fortified complex of Pamplona (16th-17th centuries) is a National Monument and one of the best preserved city walls with bastions in Europe. Three miles of wall are conserved, and the Citadel (16th century) is the best example of Spanish Renaissance military architecture. In the Fortín de San Bartolomé, a Fortification Interpretation Centre allows visitors to relive the history of the city’s walls and their evolution.


In the Central Zone: Itinerary III has up to 9 stop-offs


.- Palace-tower at Olcoz: and old fortified tower (1300), now being restored, that conserves loopholes and modillions from the old machicolation.

.- Castle-Palace of the Monarchs of Navarre in Olite: a must. The ancient palace, now a Parador, was declared a National Monument in 1925. In the 13th century it was already the residence of the monarchs of the Royal House of Champagne, although the most important part of the complex (the 15th-century ‘Palacio Nuevo’) was built during the reign of Carlos III el Noble, who commissioned a lavish royal seat with elegant towers and beautiful arched galleries. It is the most important Gothic complex in Navarre. Its high ashlar stone walls show an irregular profile, with circular towers that are reminiscent of fairy tale palaces.

.- Walled enclosure of Artajona: the most popular mediaeval fortification in the Central Zone of Navarre. It is a strong 11th-century fortress that blends very well into the hill on which it is located. Nine towers and two gates have been conserved.

.- Church-Fortress of Ujué: this construction, now a National Monument, dates from the 10th century. Its most peculiar feature is its appearance of a military fortress, thanks to its crenelated towers, parapet walks and robust buttresses. An Arabic chronicler said that it was the best castle the King of Pamplona had.

.- Fortified palace of the Prince of Viana in Sangüesa: restored in the 20th century, it conserves the moat, an embankment, and the rear façade with two crenelated towers, and the main tower with a chimney room.

.- Castle of Javier: the birthplace of Francis Xavier, patron saint of Navarre. A 10th-century castle built on live rocks. Partially demolished by order of Cardinal Cisneros in 1516, it has now been completely restored and can be visited. A drawbridge leads to a whole world of towers, dungeons, machicolations and arrow slits. The ‘Tower of Christ’ is particularly interesting because of its paintings of the Dance of Death and a Gothic effigy of Jesus.

.- Monumental complex of Estella-Lizarra (Castle of Zalatambor, and the churches of Santa María Jus del Castillo and San Pedro de la Rúa): Estella is the best-fortified town in the entire kingdom. It had an impregnable castle with three attached forts, two church-fortresses and a wall around the town with crenelated towers. Since 2000 a number of excavations have meant that a large part of the fortress’s ground floor has been recovered.

.- Castle of Monjardín, perched high on a hill overlooking Villamayor de Monjardín. A Muslim fortress of the Banu Qasi and reconquered by King Sancho Garcés in 908, it has an irregular ground floor plan with a main tower at the end and strong ashlar walls sitting on a rocky outcrop. Inside the chapel of the Holy Cross has been conserved –King Sancho Garcés was buried there– and a domed water cistern of high capacity. Its ruins provide magnificent views over the surrounding countryside.

.- Monumental complex of Viana: located high on a hill, its border location meant it was surrounded by walls and towers. It still conserves part of this walls, towers and entry gates as a constant reminder of its hectic past as a defensive site against Castile.


In La Ribera (southern Navarre), some places quite close to each other: Itinerary IV

.- The walled (and abandoned) hamlet of Rada: part of the mediaeval wall and the ancient dungeon have been conserved, together with the Romanesque church of St Nicholas.

.- Castle of Santacara: it has the highest castle tower in Navarre. Fortunately, remains of the castle that defended the town in the 13th century still stand, despite it being demolished by the Castilians. Standing on a plain and overlooking neighbouring territories, it is easy to appreciate its strategic location.

.- Castle of Marcilla: was spared demolition thanks to the intervention of the Marques Ana de Velasco. A Gothic palace with brick walls, machicolations, towers, a moat and an entry bridge. According to tradition, it contained the sword called ‘Tizona’ that belonged to El Cid.

.- Torre Monreal de Tudela: a defensive construction from the 13th century built on a vantage point in the southern part of the city. It was the first darkroom in Navarre.

.- Castle of Cortes: a 12th-century castle that conserves its tribute tower, courtyard and walls. The mediaeval construction was reformed in the 14th century, as shown by its pointed arches and neo-gothic interiors. 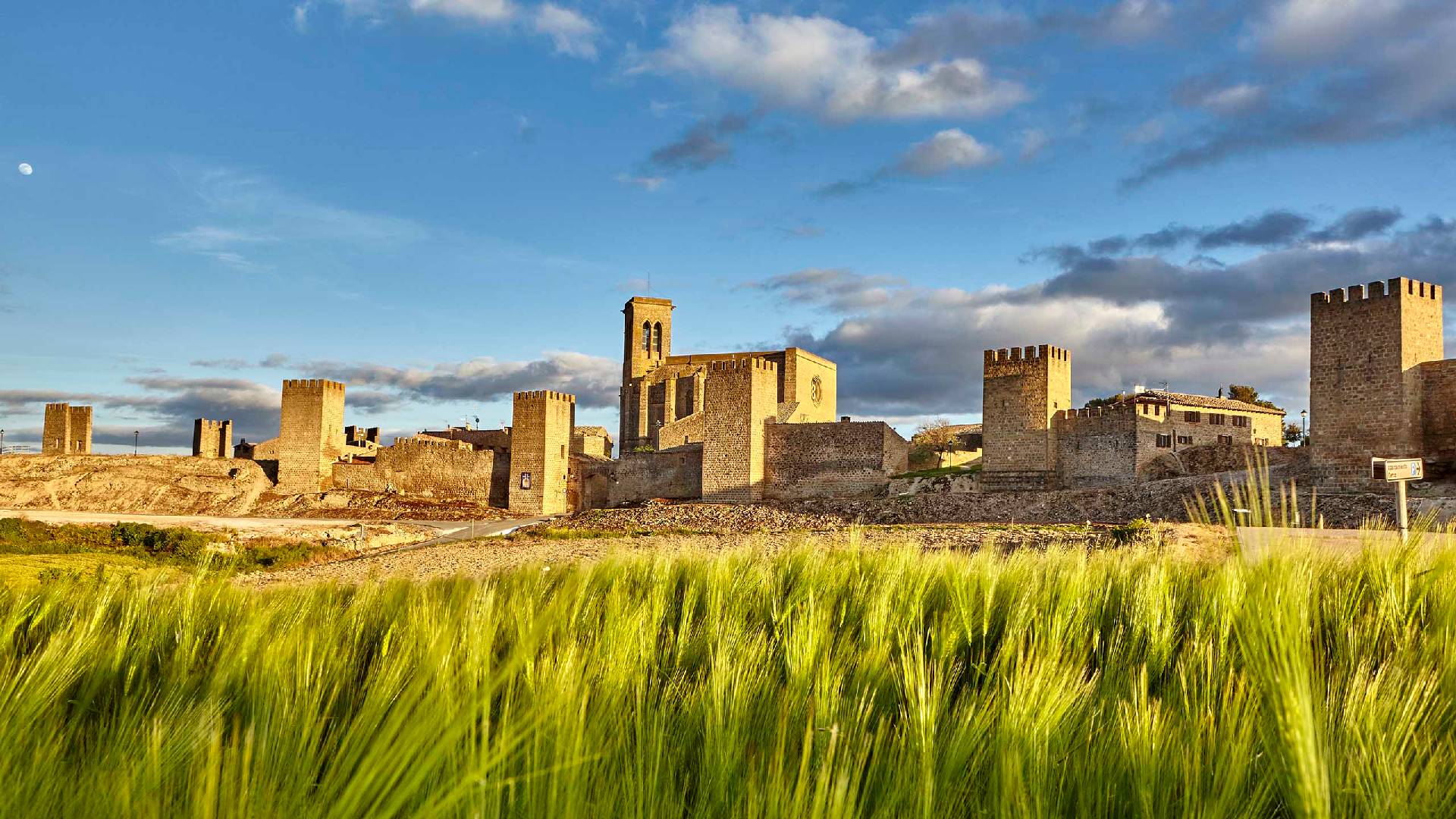 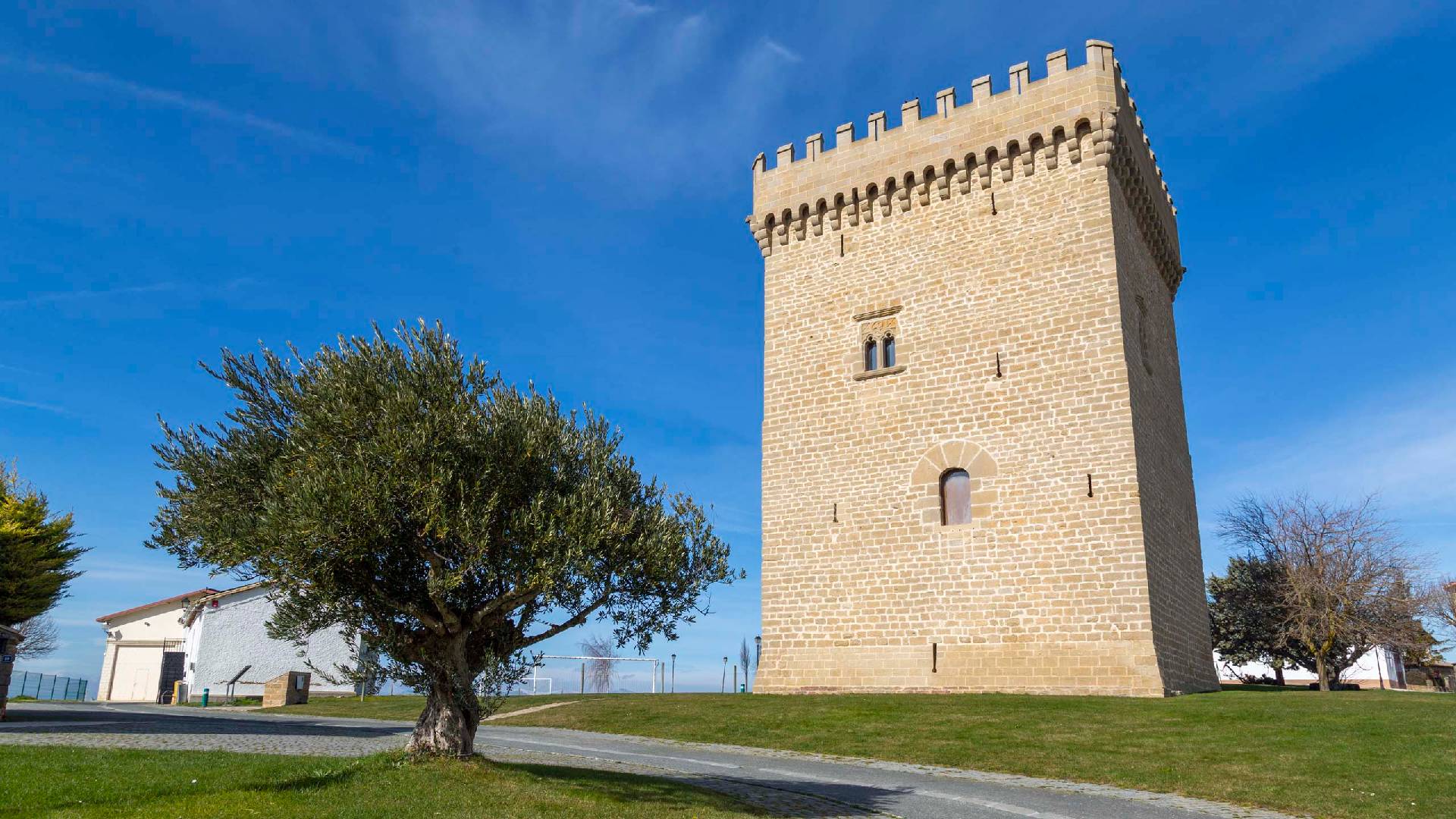