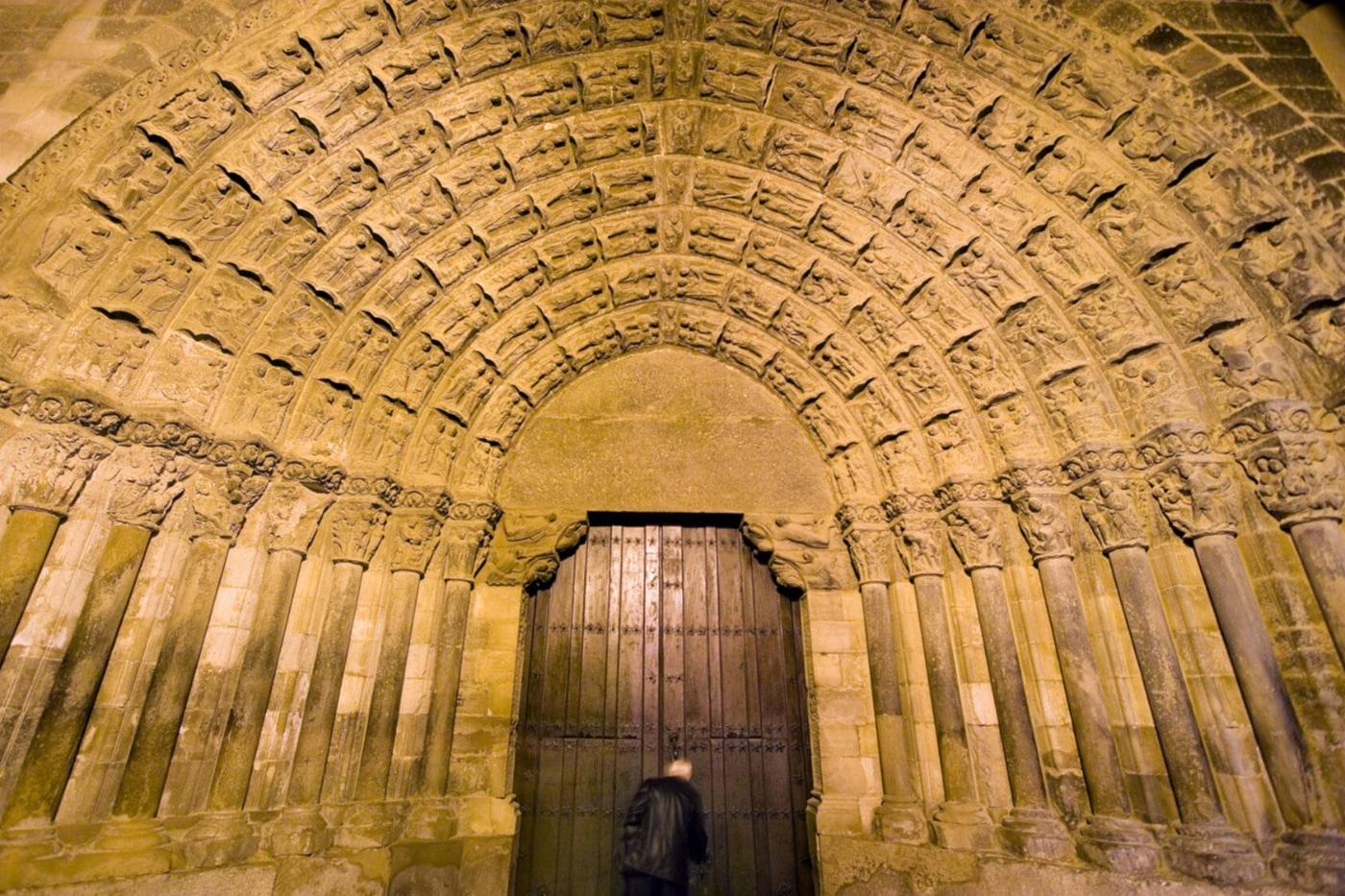 Historical splendour which has survived to this day

Cultural tourism in Navarre appeals to you. And there’s no shortage of reasons.

Because this land is a crossroads, with a rich and varied past which comes to us through the heritage of prehistoric peoples, Romans and Muslims.

Together with the splendour of Christianity, they have all left their mark on Navarre’s villages and towns, turning them into destinations of enviable artistic wealth. Prehistoric archaeological sites, Roman settlements, Romanesque and Gothic churches built along the Way of St James, monasteries where even today Gregorian chants can be heard.

The Community of Navarre was a kingdom until the 16th century; hence the royal crown on its coat of arms. It’s also the only autonomous community in the country with the adjective Foral in its official name, which affords it a unique form of autonomy upheld for hundreds of years.

And we can’t fail to mention the traditional local festivals held throughout the community — the San Fermín festival, carnivals, patronal and folk festivals — are a clear reflection of the idiosyncrasy and essence of Navarre.

Another exponent of Navarrese culture is the Basque language, the only non-Indo-European language spoken in western Europe. It’s a co-official language, along with Spanish, in the north of Navarre.

After such an introduction, what do you say we start with all the things you shouldn’t miss?

If you won’t be staying long, don’t fail to visit our top four, attractions that live up to their fame. Then, if you’re staying a bit longer, you can venture beyond these to the other notable towns, villages and monuments we recommend; you can be sure it’s well worth it.

It’s impossible to explain Navarre’s cultural heritage without its majestic architecture, towards which the kings, queens and rulers from every point in history have contributed to offer us a Navarre chock-a-block with fine exponents of military, religious and civil architecture:

In Navarre, we celebrate the musical avant-garde, live music, drama and the performing arts at major venues and in charming little theatres, in historical buildings and in the heart of nature.

Natural and cultural spaces which have made Navarre a prime location for commercials, series and films. Want to relive the emotion and intrigue of Game of Thrones, the Baztan Trilogy or 3 Caminos?

Experience culture and cinema in Navarre and visit natural movie sets such as the Bardenas Reales desert, the Baztan Valley and the Way of St James.

Live culture and cinema in Navarre

In Navarre, culture has no end. It doesn’t matter when you come to visit or if you come with your family, with friends or on your own.

There are all kinds of food, wine and cultural events every year. Shows, exhibitions, concerts...

Festivals and celebrations in towns and villages to honour their patron saints or extol Navarrese idiosyncrasies.

Herri Kirolak — rural sports — have their origin in the work traditionally performed on farms and on the mountainsides.

The centuries-old tradition of holding these sports events now attracts crowds all over the Kingdom, gathering to enjoy the championships and competitions that take place all year round.

Many local festivals also include exhibitions of rural sports, so take a look at the programme and don’t miss them.

In a nutshell, cultural tourism in Navarre is what you get when an exceptional historical legacy meets local pride in showing visitors all the best this land has to offer.

And the great thing is that there's still much more for you to see and do:

More ideas for your visit to Navarre